We’re working with our video preview partners to release gameplay videos, which we will announce when they’re ready!

We’ve already finished extra lore art for our game based on the lore written on the website, so check out part 1 below: 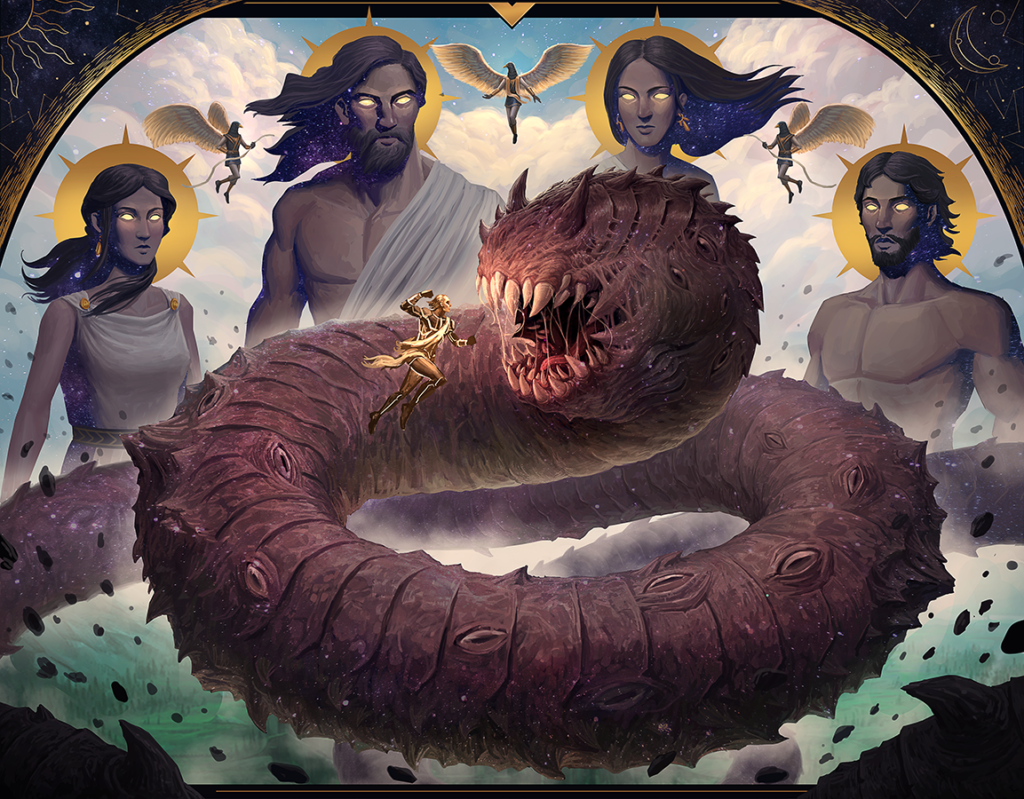 Before the Soil was created, there was nothing. Not even the concept of time itself — it is unknown how long the nothingness was there, only when it ended.

Out of that void the gods emerged: Gabat, god of strength; Yalmu, goddess of cognition; Tev, god of creed; and Koddal, goddess of endurance.

And with an immense thrust Gabat split the void into the Firmament and the Soil. And the Soil spread out endlessly in all directions.

The gods who trod the Soil shaped it, creating plains, mountains, oceans. The further the Soil spread, the more wondrous landscapes there were.

And then the gods took some of the Soil, and molded all kinds of creatures from it, and populated the Soil. And the further the Soil spread, the more miraculous creatures there were to be seen.

Looking forward to launching our kickstarter next month, so don’t forget to subscribe! https://www.kickstarter.com/projects/apboardgames/turris-0