Hi everyone, We are excited to announce ASHFALL, our next... 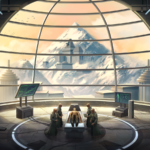 Hi everyone, We’d like to announce that shipping is now...

Hey everyone! We’d like to thank everyone who backed Turris... 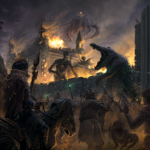 Hey everyone, We want to thank every single backer for...

Hey everyone, We want to thank every single backer for... 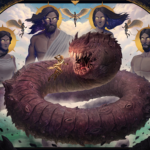 Hey everyone, Our relaunch is live! https://www.kickstarter.com/projects/apboardgames/turris-0 We’ve made all...

Hi Everyone! We’re really excited to show you some pictures...

Ashfall is our new game that we are working on, please read below for details:

Ashfall is a 1-4 player deck building sci-fi RPG – take control of a powerful unique character, recruit unique allies and fill your deck with powerful actions – level up and customize your character from a wide range of unique abilities and perks. Explore diverse terrains from deserts to mysterious alien facilities and make use of Pelagium – a dangerous new resource. Play through the epic cooperative campaign, a deep character and narrative driven campaign and then play skirmish scenarios (both competitive and cooperative).

The Core Lands Protectorate (CLP), an expansionist state based on the southern two continents in the world, has for the past 40 years slowly absorbed all neighboring nations. With its vast military and centralized leadership, the CLP has faced little organized opposition. Major Mak Yarrym and his group of special operations solders is sent to deal with the latest uprising in Artusa, a recently conquered nation. There, he discovers disturbing evidence that threatens to destabilize the uneasy peace between it and the YU…

The Yarangan Union (YU) is a scientifically advanced nation based in the northern archipelagos, with unmatched naval power – fleets of advanced self-sufficient ships known as Umiaqs powered by Pelagium (a rare and powerful resource). In the past several decades the YU’s Pelagium research has rapidly advanced under the supervision of Toerwahn Tijksyn. With his recent disappearance, research has stalled. His daughter, Mira Tijksyn, is sent on an expedition escorted by members of the secretive YU Security bureau. There, she begins to understand the source of her father’s discoveries.

As players, take on the role of characters on both sides of the developing conflict and together uncover a vast conspiracy that threatens to bring the world into a devastating war that could destroy both nations, or worse.

A monster in Ashfall.

A militiaman you can find and make your ally.

A monster in Ashfall.

We have released Turris and it’s now in backers hands!

In Turris, players take on the role of tribe leaders in a post-technology society. Exiled from a once glorious city, tribes of scavengers are all that remains of a scientifically advanced humanity.

As the regular offering to the gods was delayed, the ground split open and vile Beasts arose from the Abyss, relentlessly attacking everyone in their path. Driven out of their home and left for dead in the harsh desert, the people have lost all hope, until an unexpected discovery was made.

Turris is a competitive Worker Placement game where players attempt to build the Tower as a final defense mechanism, utilizing the prehistoric technology of divine origin. You assign your Scouts to acquire resources and decipher the data from ancient machinery, all the while being constantly chased (and often devoured) by the unstoppable Beasts. The tribes all follow the Council’s directives and complete its missions, but as a tribe leader you know that once the Tower is built and humanity is saved, it will dissolve without strong leadership. In building the Tower, you acquire Prestige Points which represent your standing amongst the tribes. The leader with the most Prestige will take control of the Council and lead humanity into the future — whatever it may be.

Turris uses miniatures that represent the Beasts and Scouts, decks of Mission and Tactics cards, as well as Tarot-sized gold/silver lined Trionfi cards which represent the Tower rooms.